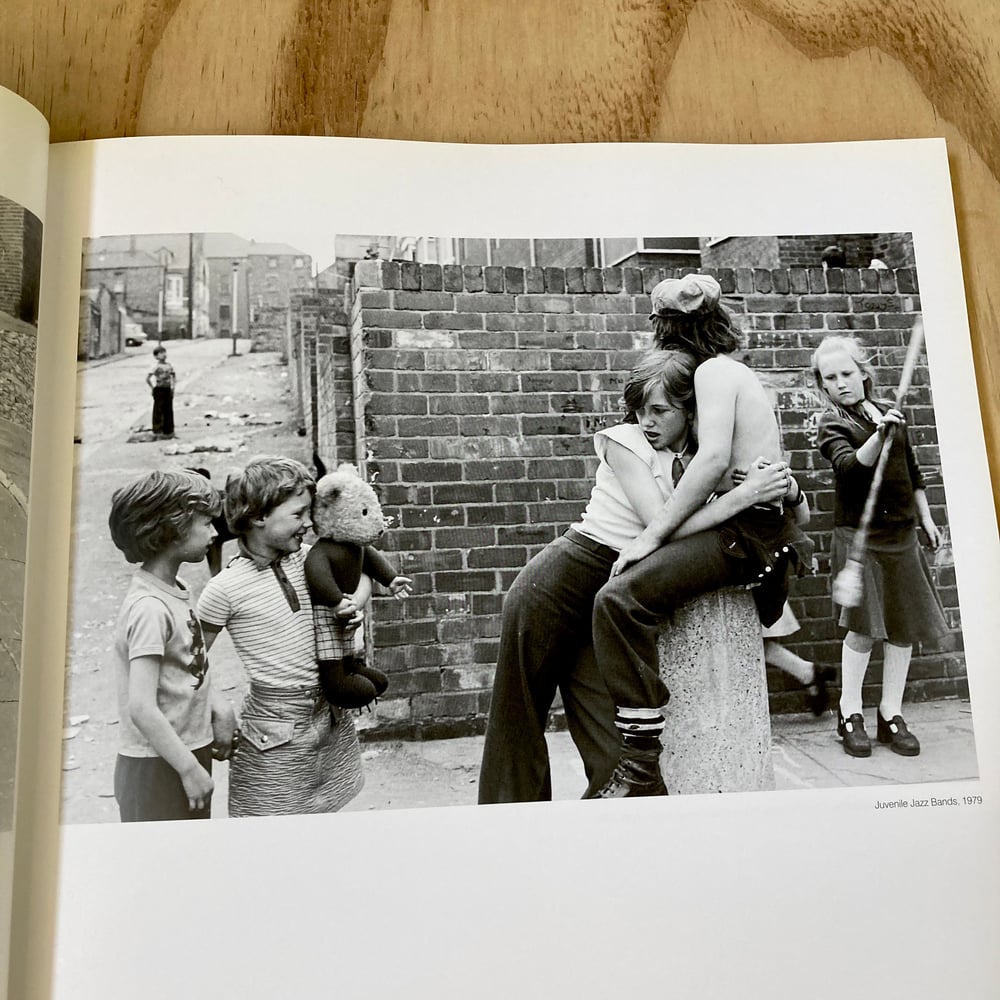 Already an iconic book by the late great Tish Murtha in this important work documenting the North East of England during the 1980's.

In the 1970s, Britain faced a crisis in its towns and cities. The loss of traditional industries, amongst other factors, had led to increased poverty, poor housing and unemployment but the government’s response under the leadership of Margaret Thatcher was compounding the problems with its regressive welfare policies and laissez faire economic strategy.

Against this background, a new generation of socially conscious photographers emerged. Mainly college-trained, they rejected traditional avenues to a career in photography in order to document the challenging issues they saw in their communities and to confront those in authority with their uncompromising images.

Tish Murtha was at the forefront of this ‘movement’. One of 10 children from a working class Newcastle inner-city area she was, more than many other photographers, completely at home in the environment she chose to work. Her years away studying under David Hurn, at the newly established School of Documentary Photography at Newport, had given her the training and experience to document the inequality and injustice she experienced in her hometown.

Youth Unemployment is a key body of work in British documentary history. Its subject matter was the appalling waste of young people’s lives, which badly thought out government job creation schemes did little to alleviate. Tish’s images are hard-hitting yet not without humour. Her closeness to those she photographed – many were family or friends – is apparent in the remarkable series of images in this book.

Almost 40 years on, her talent shines from each page. Finally, she has the book she deserves.