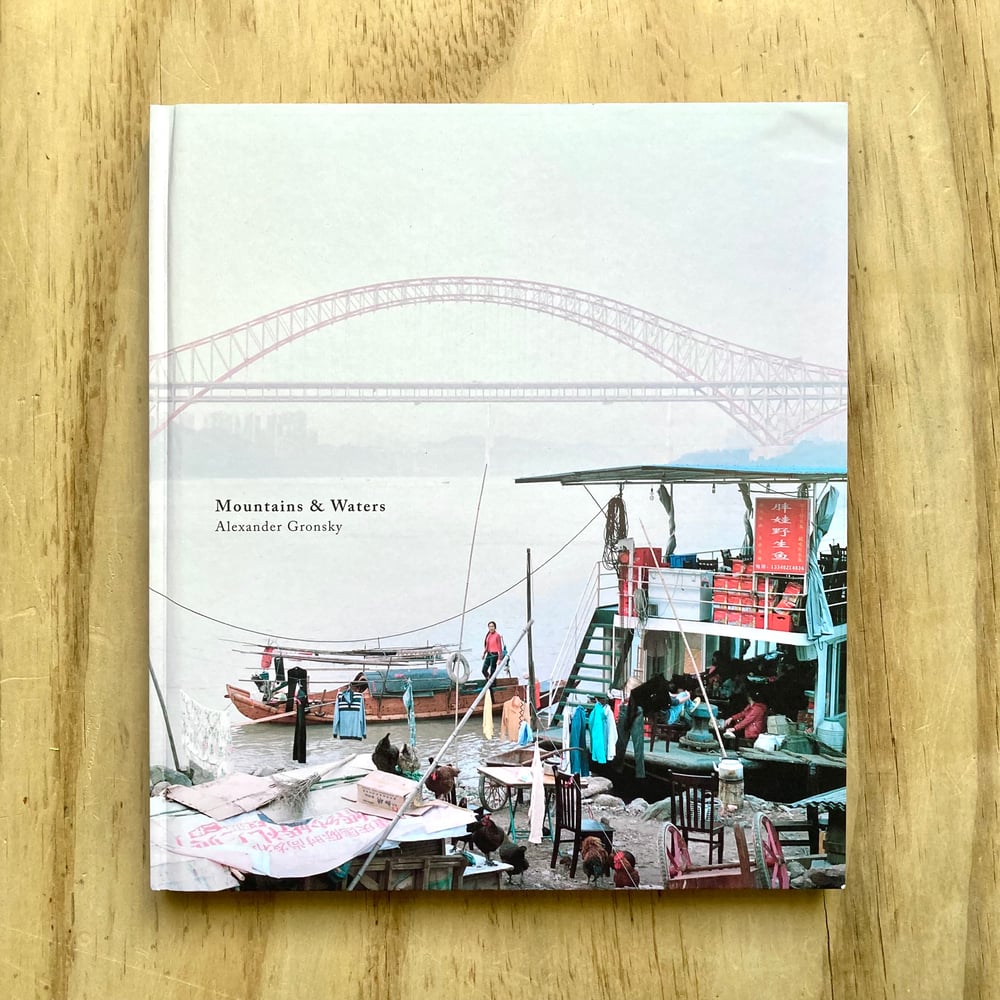 Mountains and Waters is a photographic study of China in diptychs, shot on the outskirts of Shanghai, Chongqing and Shenzhen in China. The works focus on contemporary Chinese matters such as construction, infrastructure and development, while simultaneously alluding to traditional Chinese painting styles. Alexander Gronsky is an Estonian photographer now based in Moscow, Russia. His work focuses on how geography influences the emotions and behaviours of its inhabitants. He is the holder of many photography awards, including the World Press Photo (2012) and the Foam Paul Huf Award (2010).