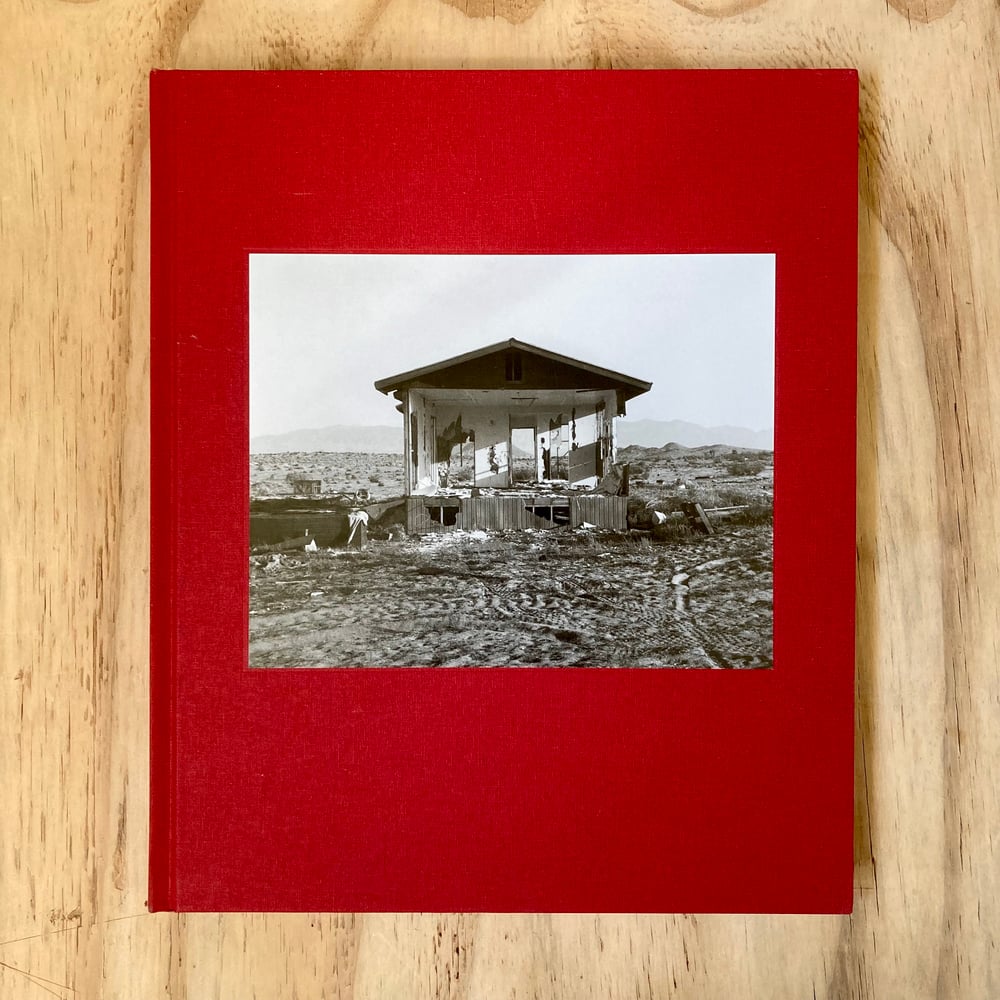 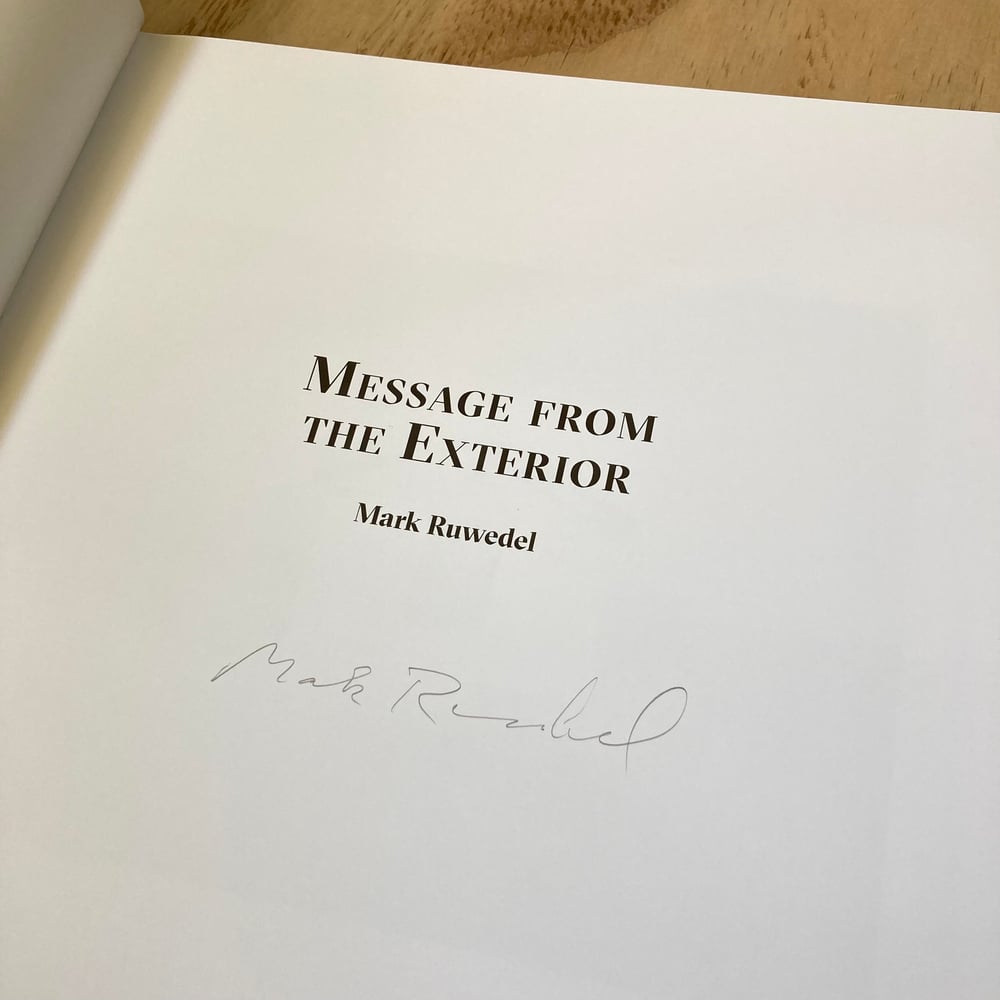 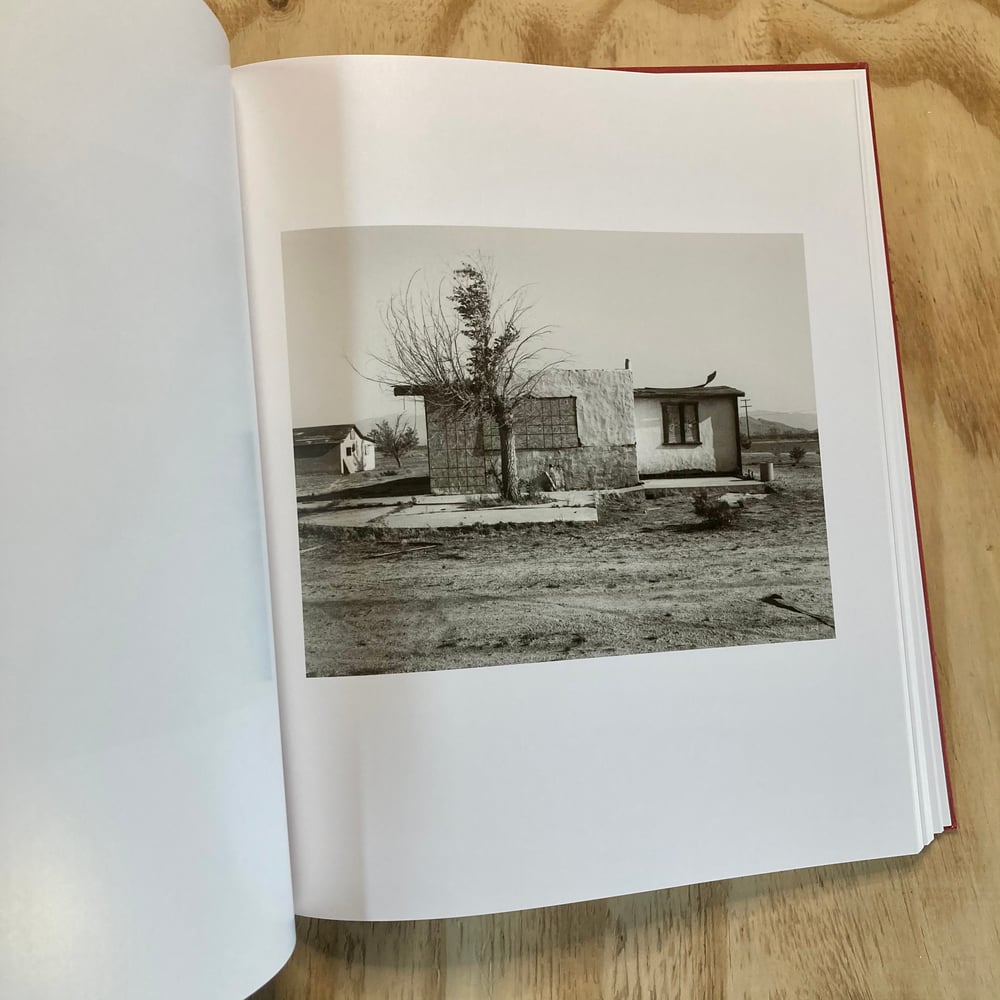 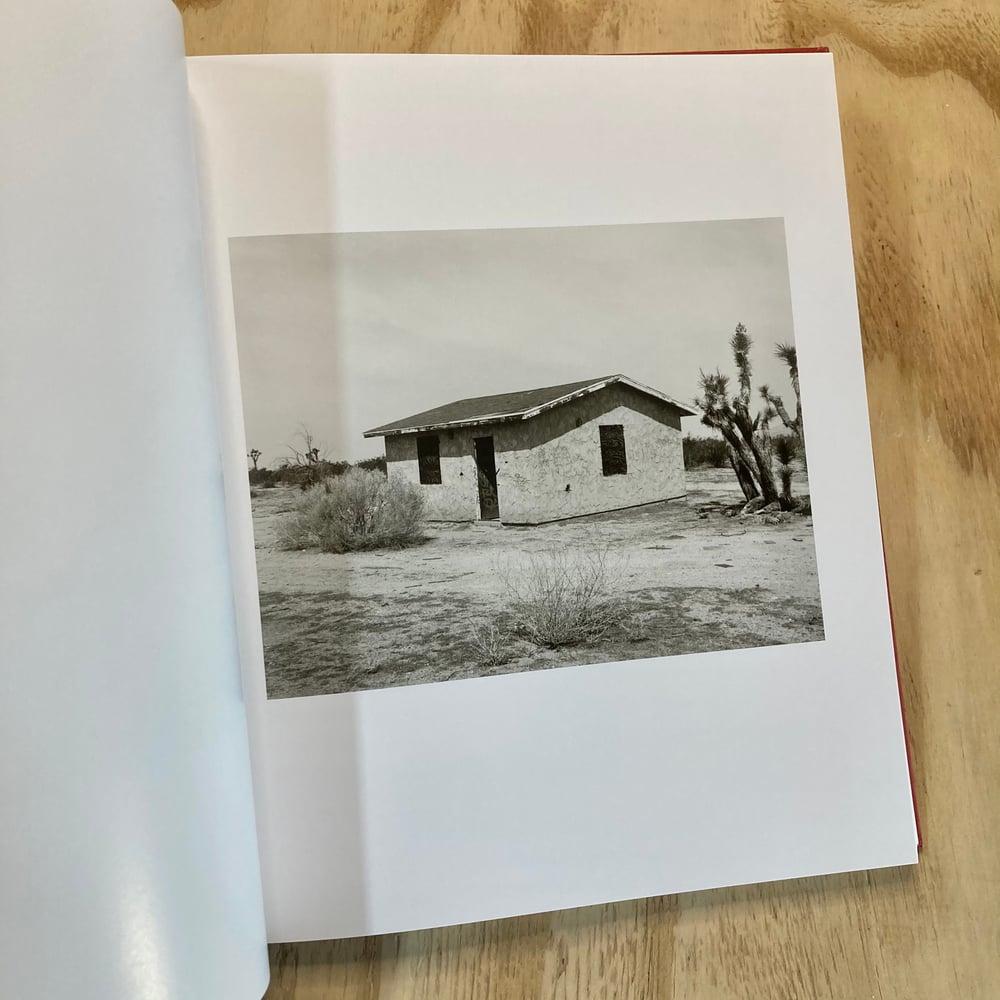 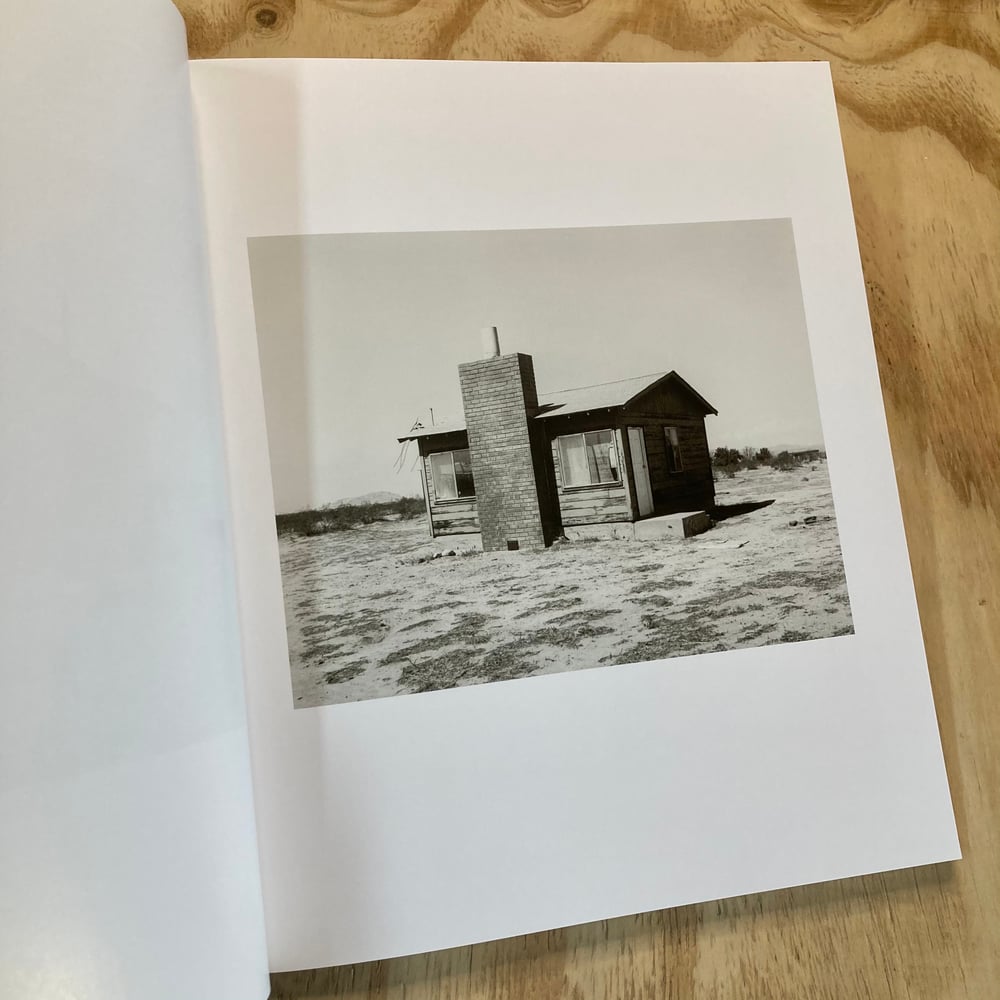 Beautiful book by Mark Ruwedel that captures failed attempts at living in the American desert.

Message from the Exterior explores the ruins and remains of failed attempts to live in the desert’s harsh environments, depicting abandoned houses – small, often eccentric huts, both humorous and a little forlorn. Ruwedel examines the desert regions east of Los Angeles as a palimpsest of cultural and natural histories, presenting an inventory of a particular, and poignant, form of vernacular architecture; each structure might be read as a clue to the lives of anonymous individuals, and the impulse to create a home in the wilderness, however transitory. The first section, 'Desert Houses', comprises 68 desert structures, while the second section, ‘Dusk’, presents houses photographed after the sun had disappeared over the horizon, now rendered in subdued, dusky tones that suggest both present and absence, and the weight of isolation. Mark Ruwedel (b. 1954) lives and works in California. He has exhibited and published internationally for over thirty years, and his work is represented in museums throughout the world