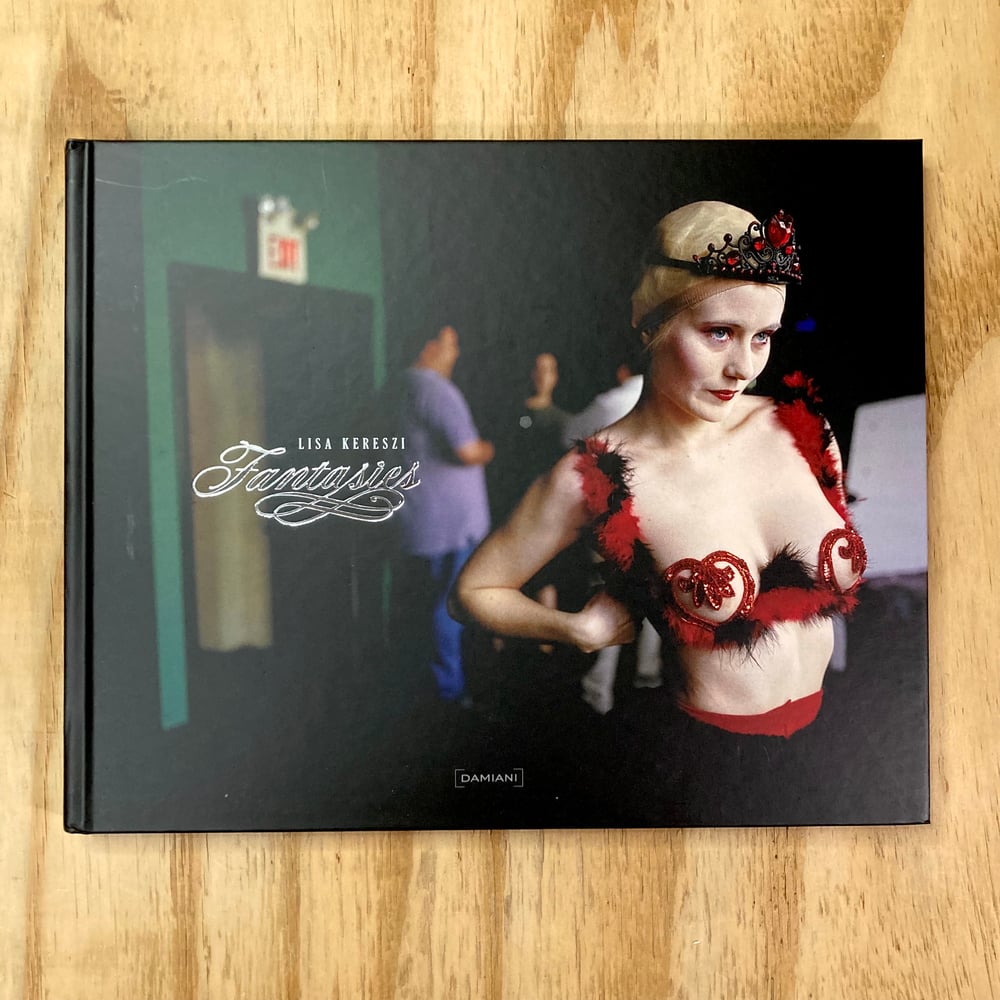 "Fantasies When Rudolph Giuliani's administration cracked down on Times Square strip clubs in the 1990s, a whole new burlesque movement was born in New York, concentrating less on the strip and more on the tease. The young New York photographer Lisa Kereszi, then an assistant to Nan Goldin, was there with her camera to catch it all happening. She began by shooting Show World, a club that was in the process of being closed down by the new laws. In her flash, Kereszi caught abandoned lockers, dressing rooms filled with old shoes and costumes and the grimy elegance of the empty theater--which was never meant to be seen by the light of day. "