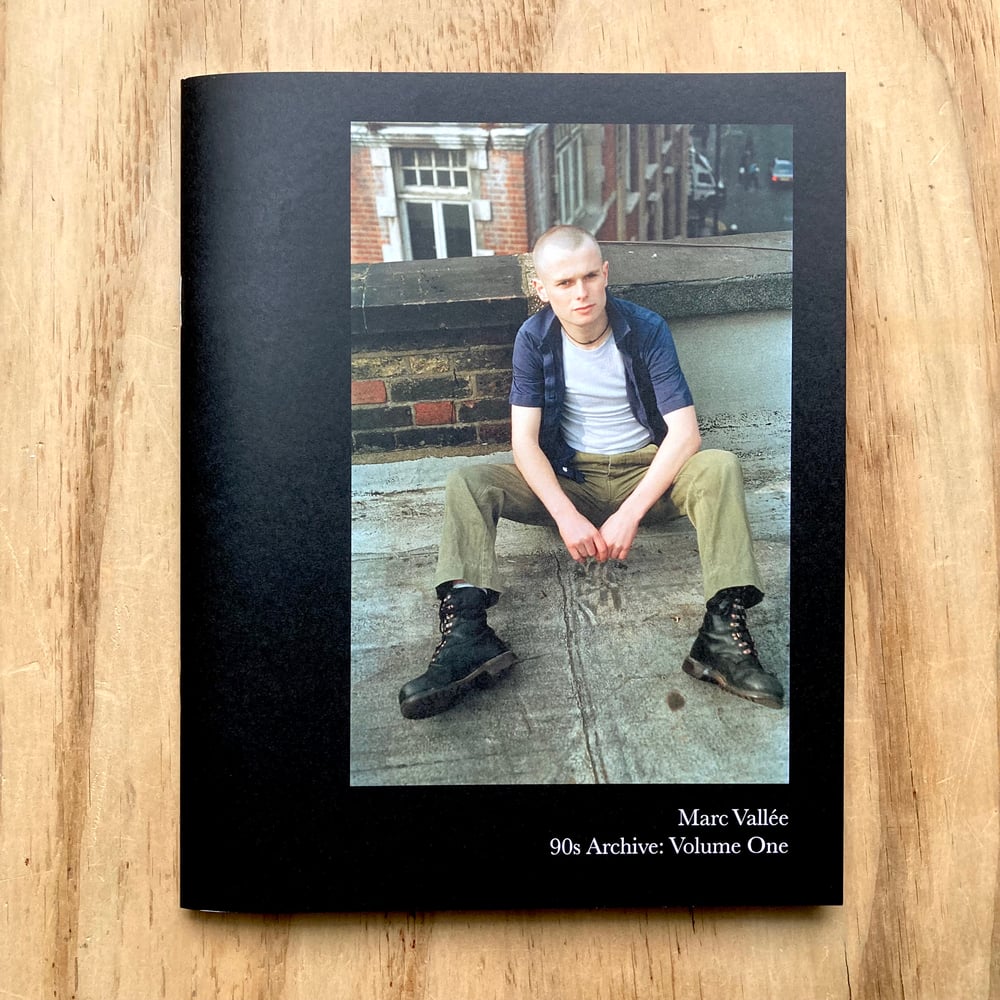 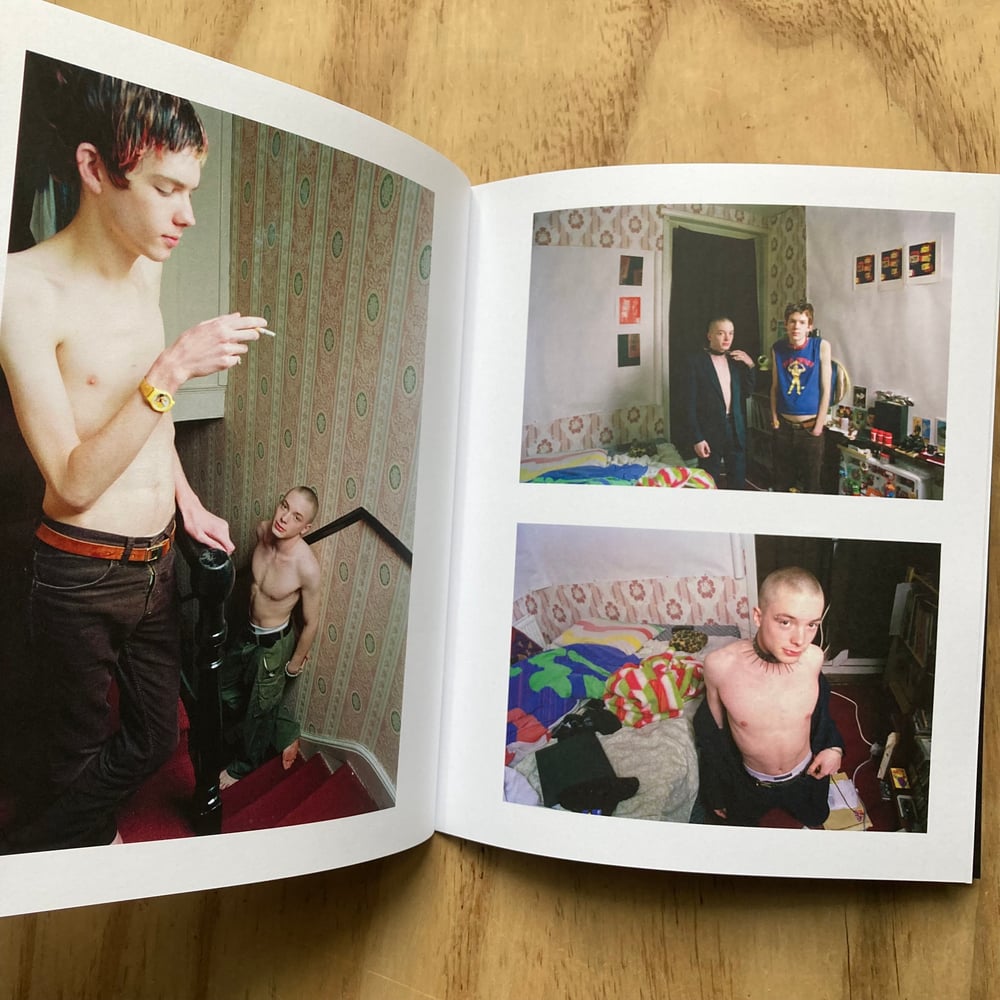 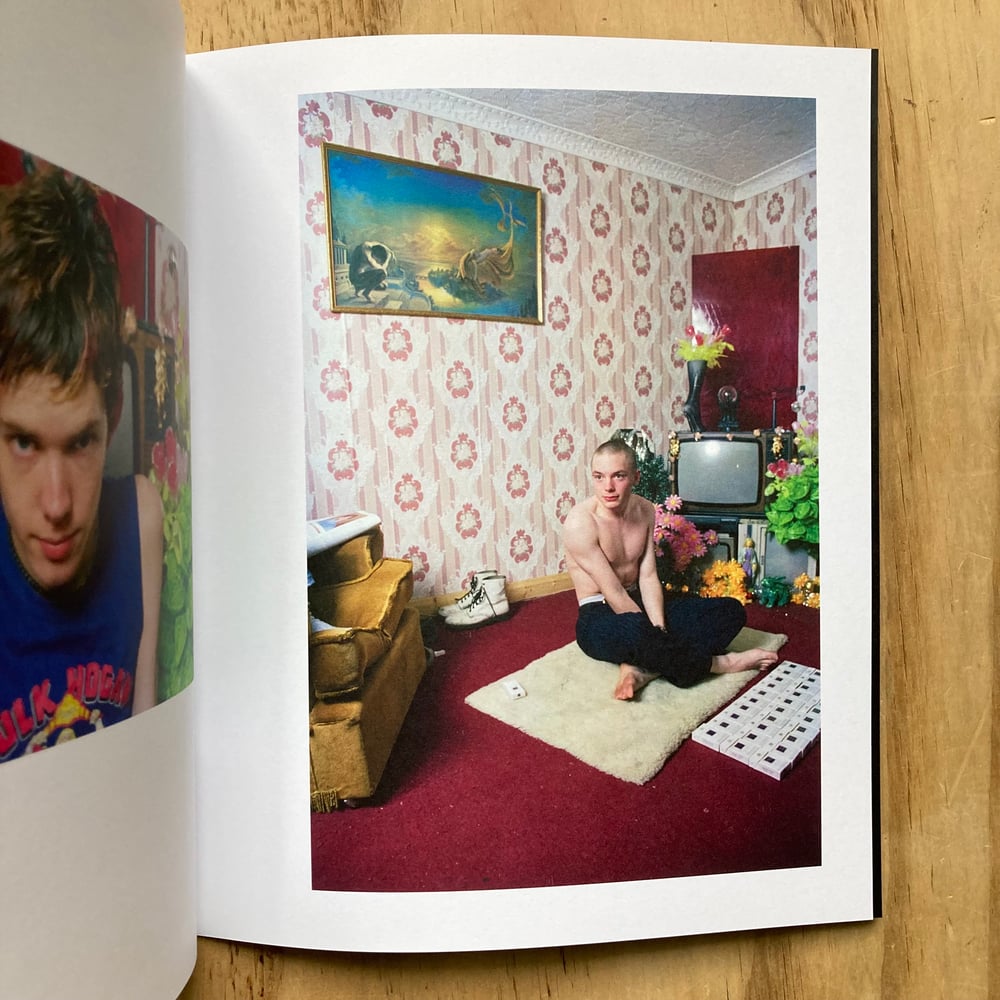 Marc Vallée’s 90s Archive: Volume One is a homage to the
10×8 print and a showcase of work shot in London in 1996 and 1998. Indeed, Vallée’s discovery of a box of 10×8 prints in his studio, which he printed in the 90s, sparked the idea for the new photobook series, the first instalment of which collates studied colour and black-and-white portraits of friends from the Cass School of Art and the indie and alternative queer club scene. The majority of subjects are pictured in their homes, including Vallée’s east London student house from his art-school days, vibrant and dilapidated at once. However, one series captures Vallée’s friend Cal against the distinctive backdrop of London’s Soho; the iconic Raymond Revuebar in the distance.
The pictures are autobiographical; a window into Vallée’s
life in 90s London. However, they have a wider historical and political significance, capturing queer youth as the gay community slowly emerged from the horror of the 80s and early-90s global Aids epidemic, Margaret Thatcher and Clause 28, which was in effect until 2003. The simple photobook allows the photographs
to breath; their rich formal qualities and multilayered meanings given space to unfold. And despite being an ‘archive’, as far-right governments come to power across Europe and the world, Vallée’s celebration of queer culture feels as poignant as ever