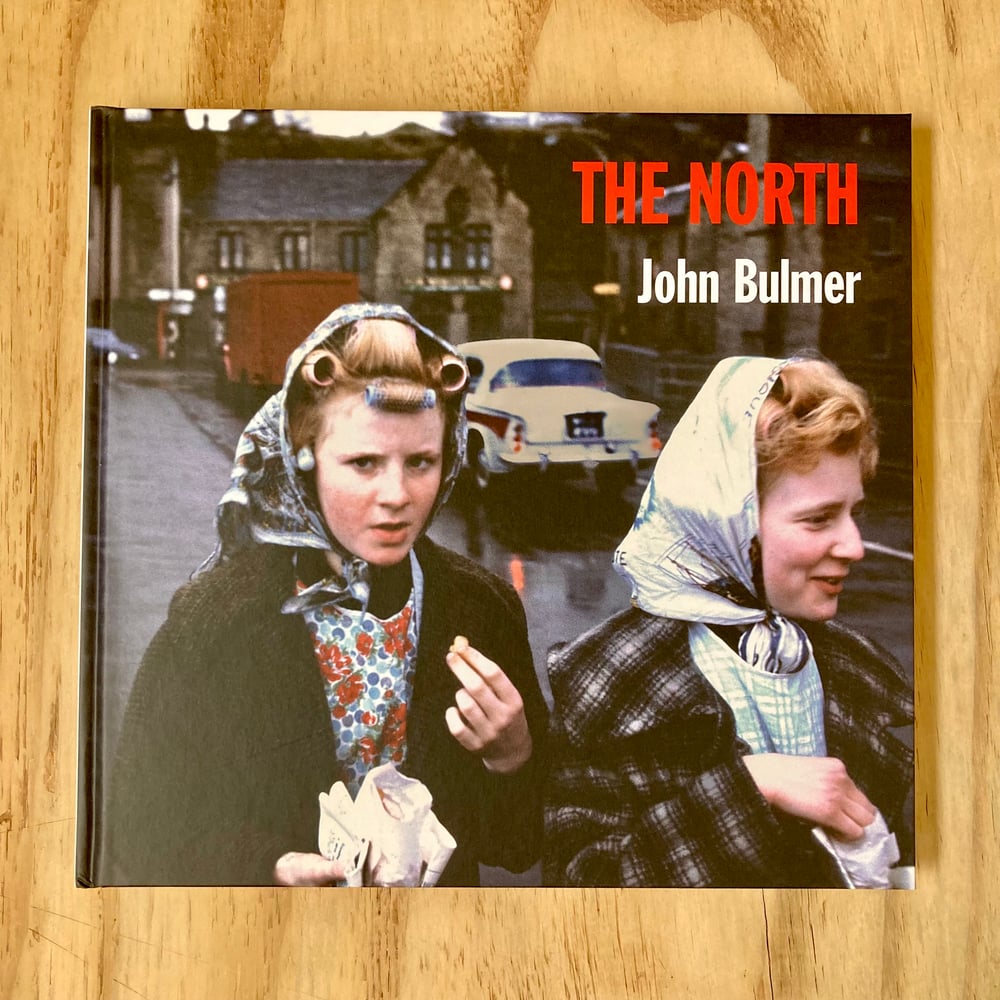 Another Iconic book by Bluecoat Press and important work examining life in the North of England by John Bulmer.

John Bulmer’s photographs were taken at a time when the North was undergoing a vast transformation. The collapse of traditional industries, that had been the wealth creators of the Industrial Revolution, was deeply affecting communities throughout the region; from the Black Country and Potteries through the Cotton Belt of Greater Manchester up to the coalfields and shipbuilding yards of the North East and Glasgow.

The hard times etched on the faces of John’s subjects told of a life of struggle framed against an often bleak industrial background. These were the people forgotten as the ‘Swinging Sixties’ changed the cultural landscape.

The launch of The Sunday Times Colour Magazine in 1962 was to propel Bulmer’s photography in a new direction. The sudden switch to colour caught out most photographers, who continued to shoot in black and white. John made the adjustment seamlessly and became one of the magazines main contributors, Colour gave a new way of seeing the North; perhaps less bleak but certainly more subtle. Today, colour is taken for granted but, at the time, this was a radical body of work and its publication here is in recognition of john’s importance as a photojournalist of the first rank.