Takahiro Kaneyama - While Leaves Are Falling 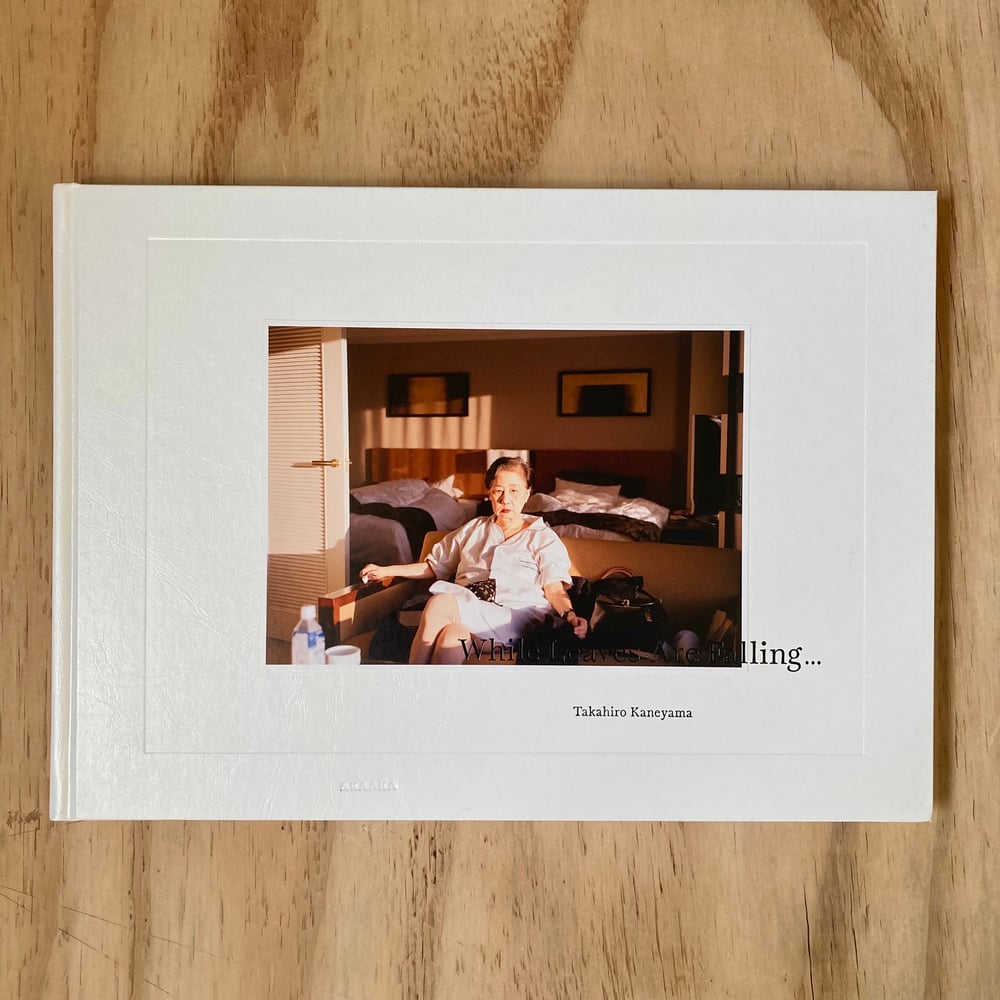 A moving book by Takahiro Kaneyama which focuses on his own mother and 2 Aunts.

1st edition published by Akaaka, 2016 (with the now rare, Cover A)
Format: Hardback
Pages:
Condition: Very Good, but book has a bump to one corner.

While Leaves Are Falling centers around the mother of Takahiro Kaneyama and the two aunts who have been with his upbringing. Kaneyama’s mother is schizophrenic. She has been diagnosed many years ago and requires regular stays at a hospital. According to his own words in the artist’s statement, Kaneyama initially begun taking pictures to prove to his mother who she actually is. Over time, as the emotional gulf widened and the illness took its toll on the family, the photos have instead become a way “to accept the changes that have taken place and those that are yet to come.”

The resulting photobook While Leaves Are Falling is a family portrait like no other. Kaneyama makes no attempt to hide the gruesome effects that the illness took on his mother (in some of the photos she looks at Kaneyama’s camera with what looks like contempt) and included photos of his mother as a young, energetic woman. The strength of the book lies in the grace and humor with which Kaneyama chose to face his family’s situation.

“I used to think that memories would gradually fade with the passage o time, but even 25 years after my mother’s hospitalization, I often find myself comparing my mother today with the one in my memories. Looking back now, one of the main reasons I moved to New York was because I couldn’t face the fact that my mother had become schizophrenic. However, soon I learned that physical distance would ever equal emotional distance […]”
— from Takahiro Kaneyama’s afterword.