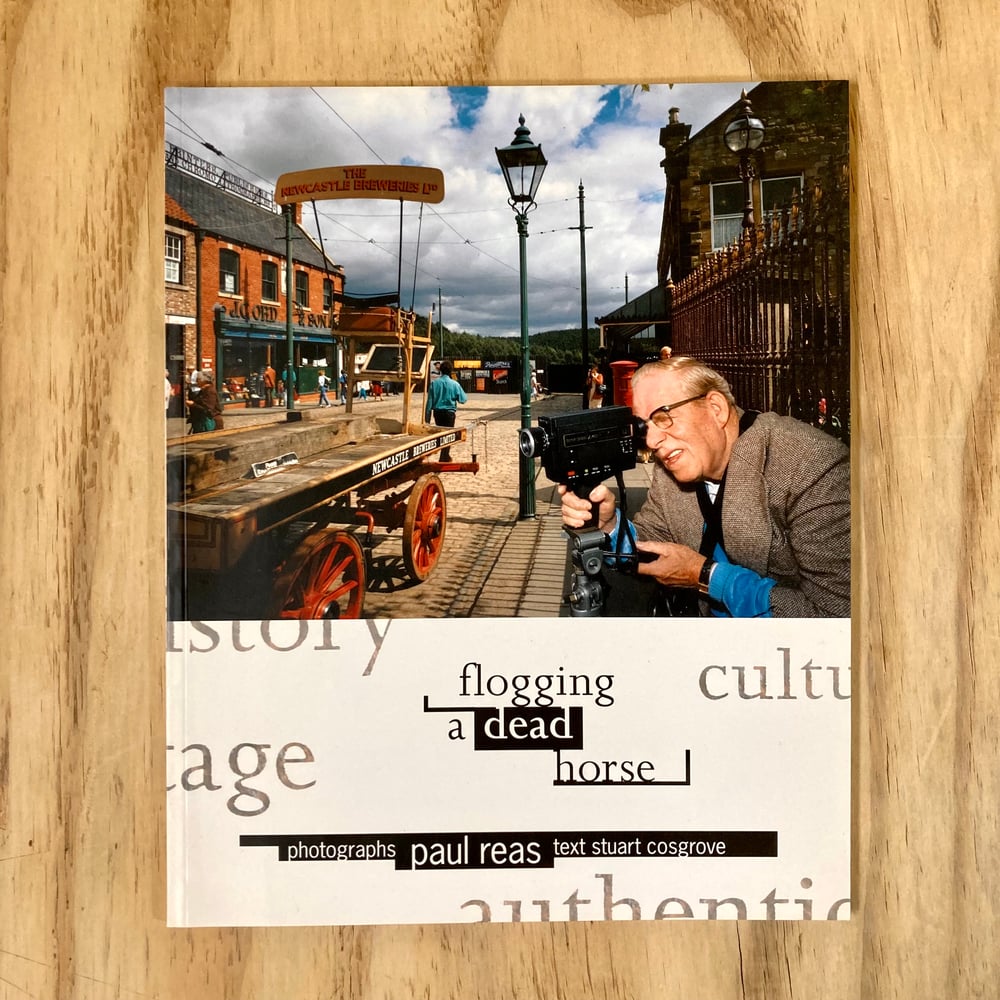 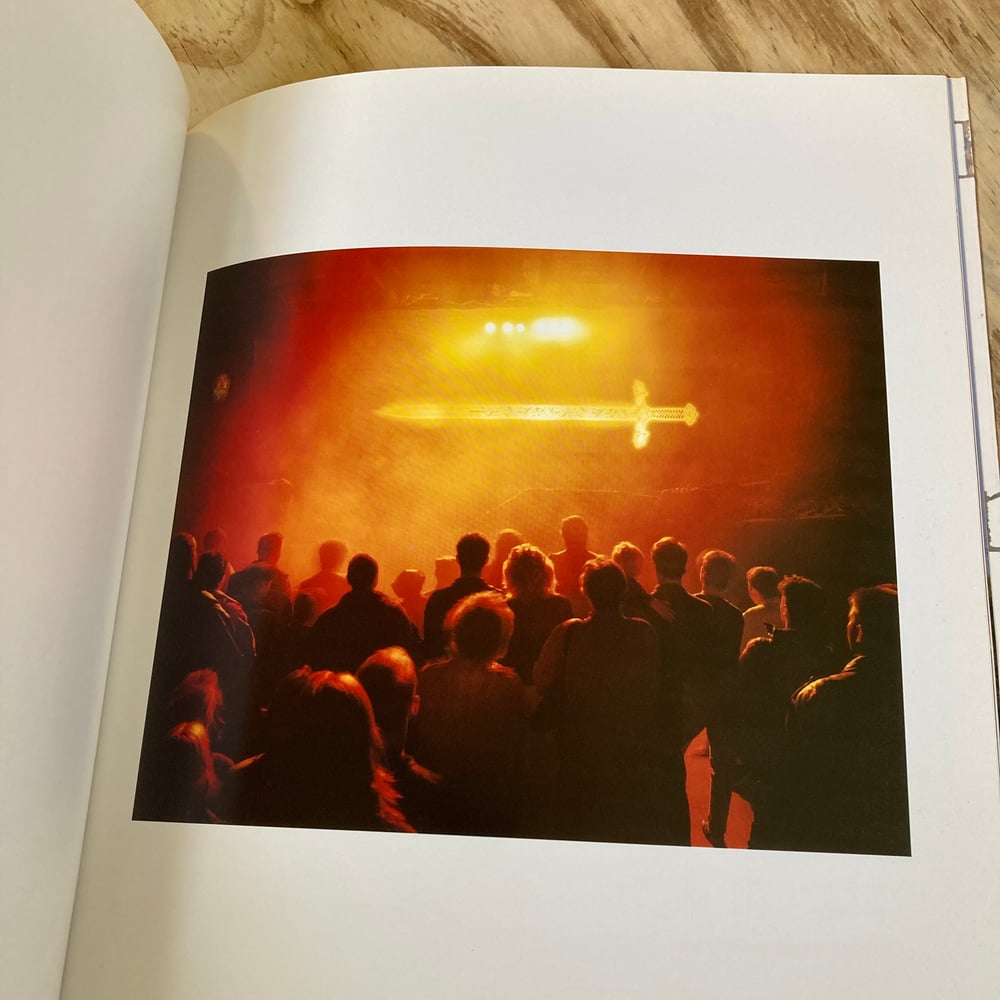 Rare copy of acclaimed British documentary photographer, Paul Reas' Flogging a Dead Horse.
Book comes with a Signed/Stamped A4 print (see photos) of an image not included in the book and presumably an outtake.

*book itself is unsigned*

The decline of manufacturing industries in Britain throughout the 1980s forced the collective imagination of Britain to retreat into a time of more certainty. A time of empire, a time of full employment, a time of paternalistic benevolent mill owners and a time of the pastoral and picturesque. This desire for an illusion of stability was serviced by the heritage industry; with its themed industrial museums and country houses, heritage offered a novel (if spurious) sense of place and identity to a country which had lost its old ‘eternal truths’ of industry and empire, reassuring us that our lives are better in the new service economy than those of our parents in ‘the bad old days’ of the industrial past. But these heritage centres did not recover the past-they re-created it. The heritage process irons out differences, glosses over contradiction and unifies all the conflicting dynamics of the past into a single romantic and idealised version of it.

This notion of a manufactured history, at a time of economic uncertainty, would be the subject of the book, Flogging a Dead Horse,