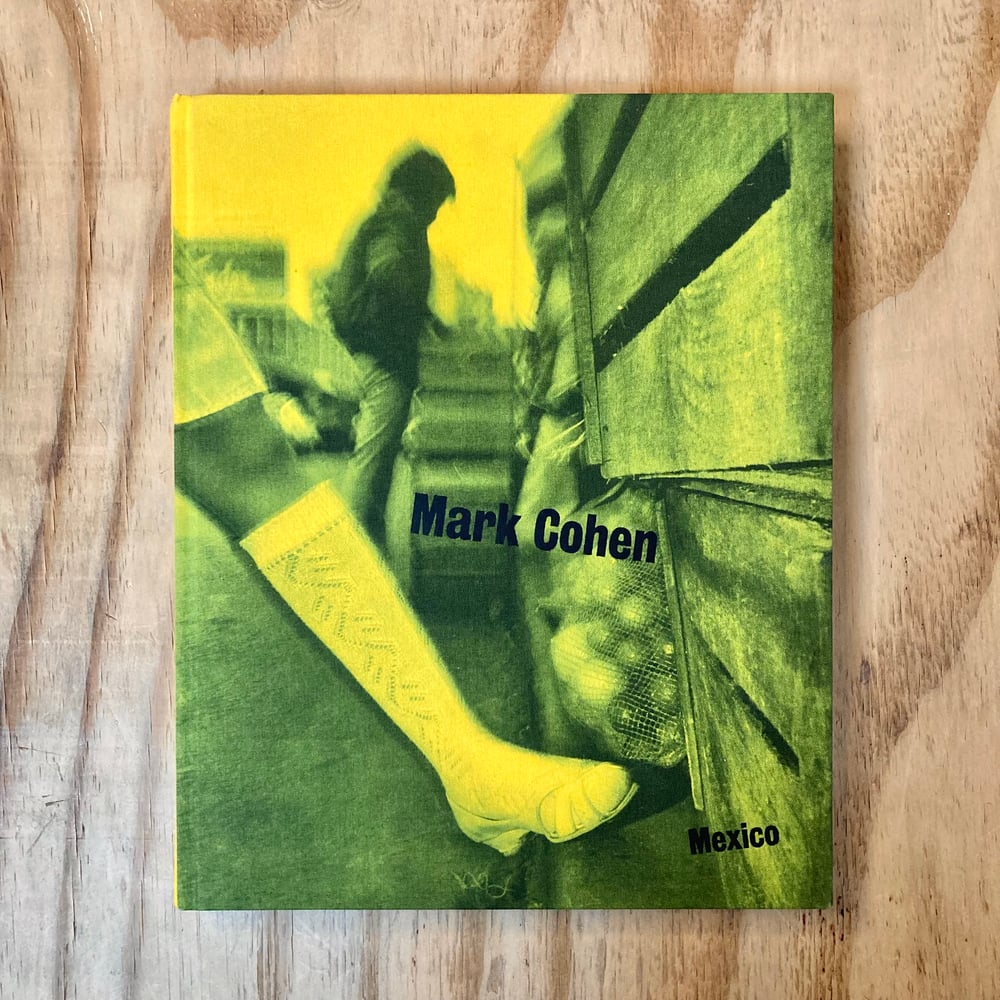 "Between 1981 and 2003, Mark Cohen travelled to Mexico eight times. Seduced by the “surrealist” qualities he found there, Cohen took his camera to the streets of Mexico City, Oaxaca City, and Mérida, as well as other parts of the Yucatán. Following his split-second impulses, Cohen took his signature “grab shots,” often flooding the subjects with the artificial light of the flash. His black-and-white photographs, taken at arm’s length with minimal focus, capture the textures and rhythms of gritty city streets and city life. Reminiscent of Cohen’s iconic photographs of working-class Pennsylvania towns, yet imbued with a perceptible sense of foreignness, these Mexican images convey the restless energy and strangeness of daily life."