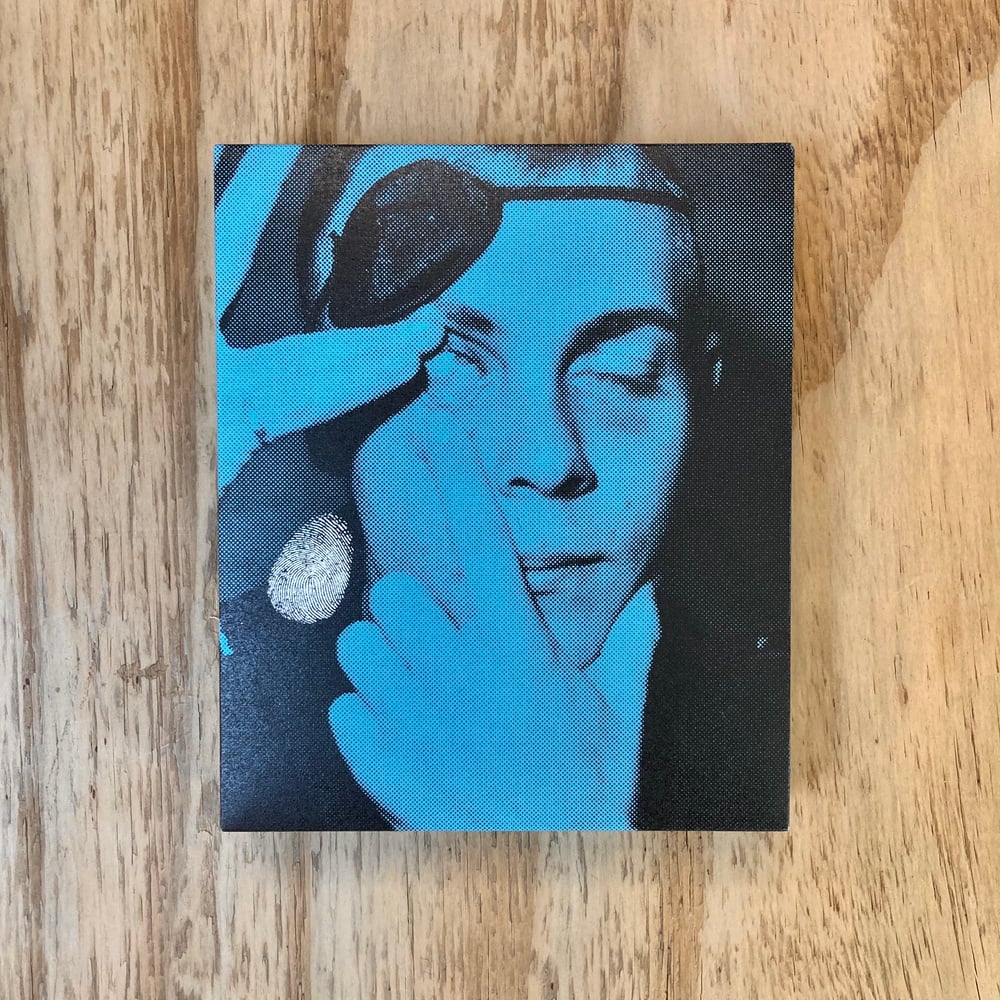 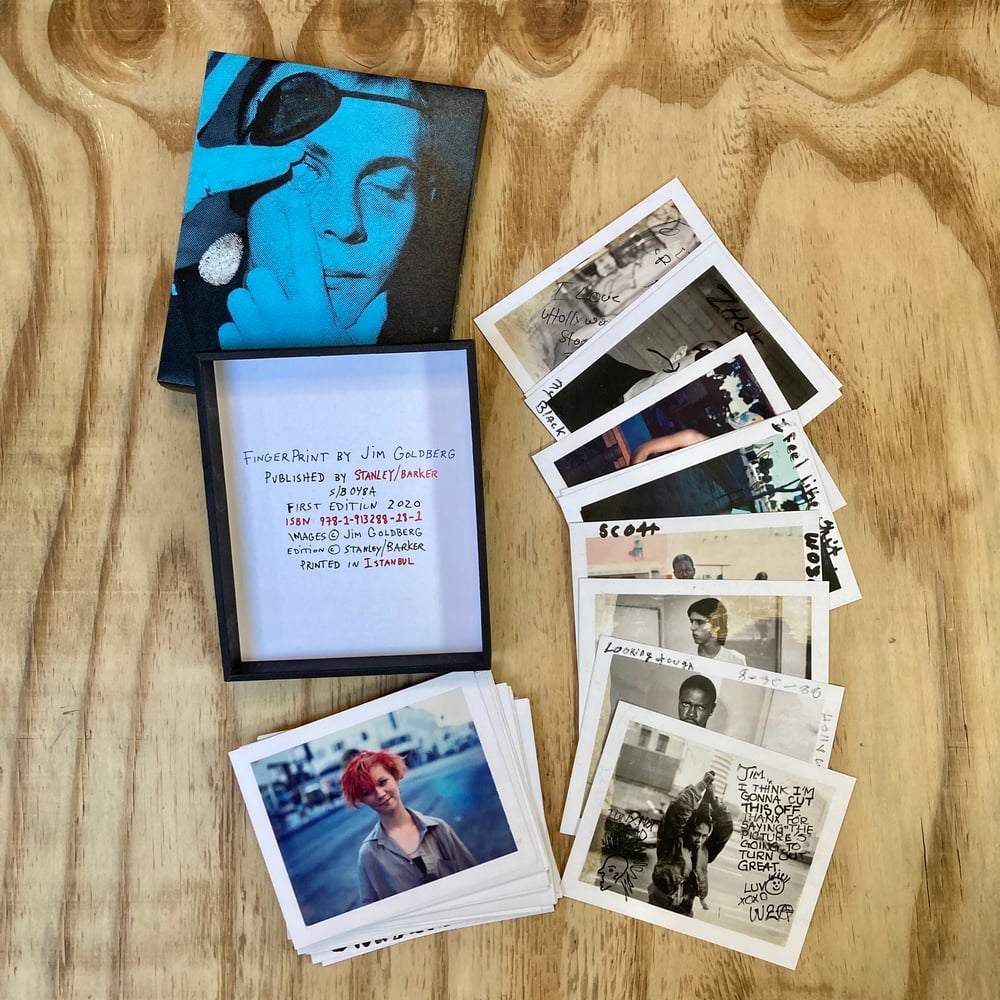 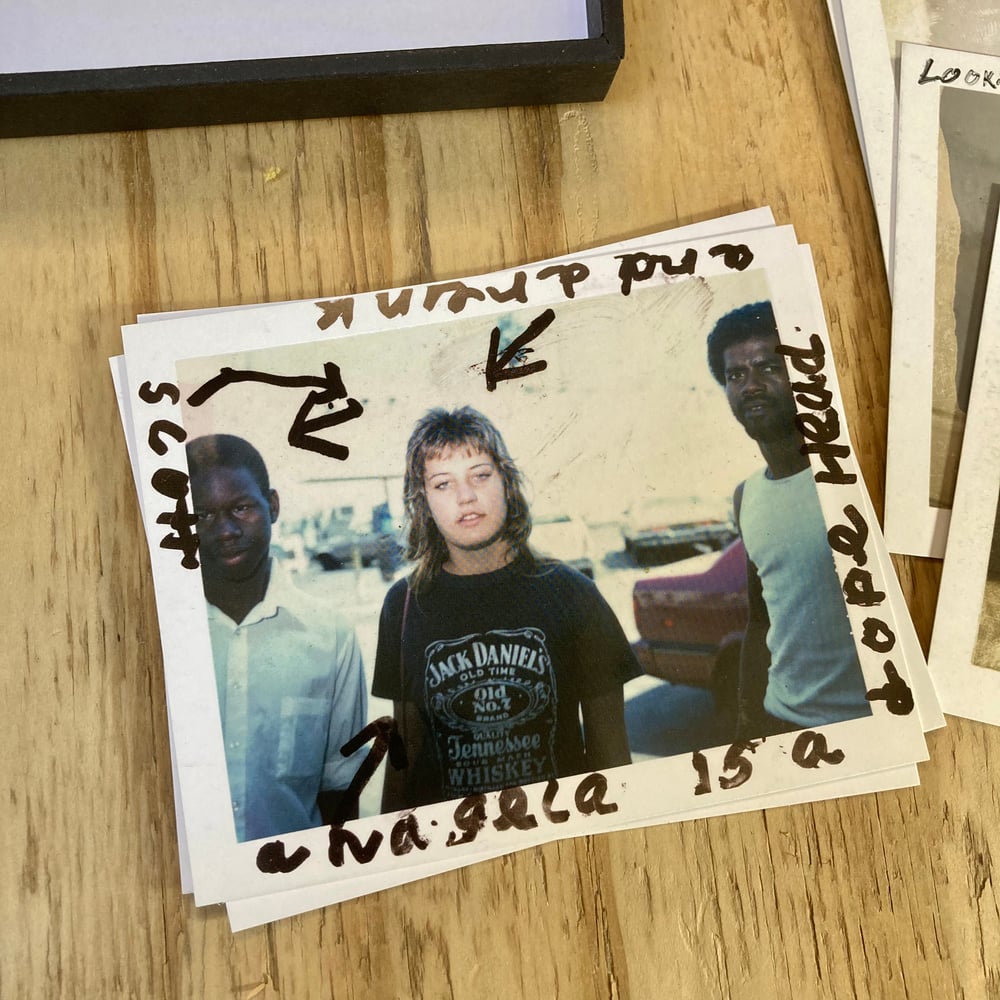 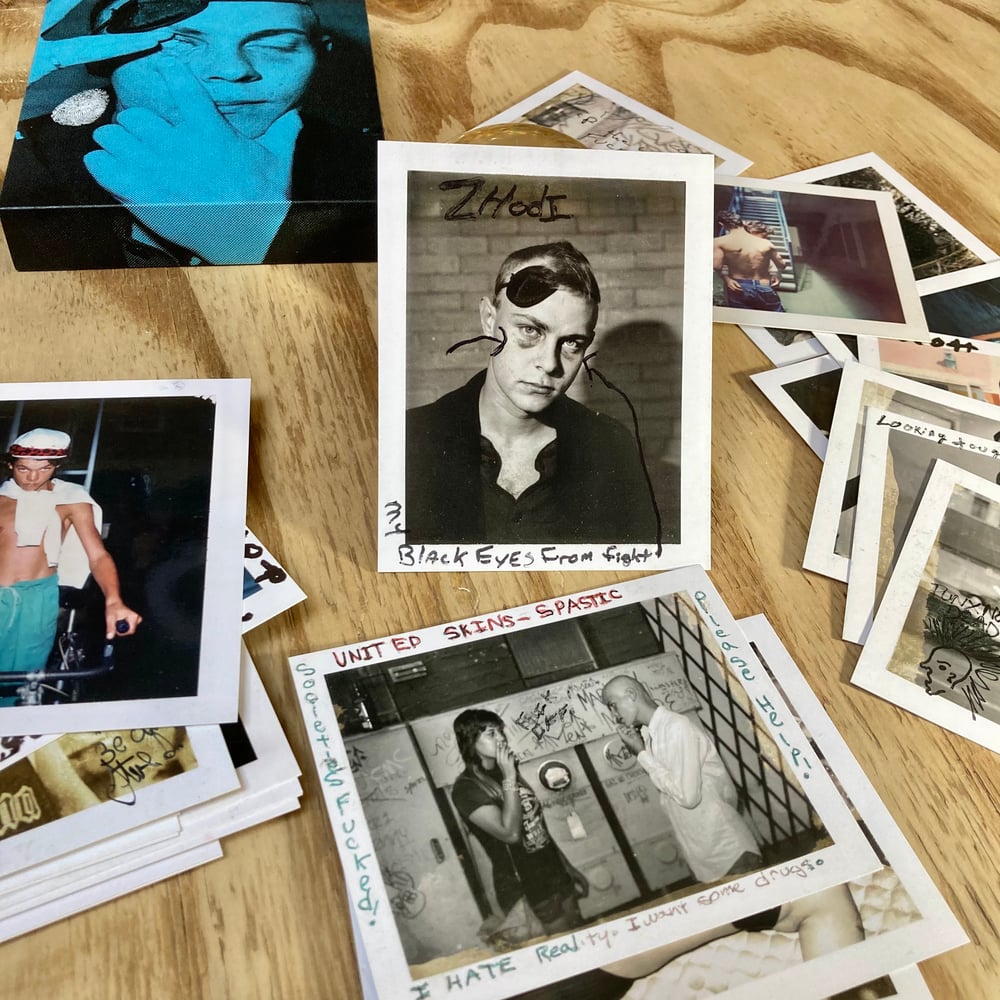 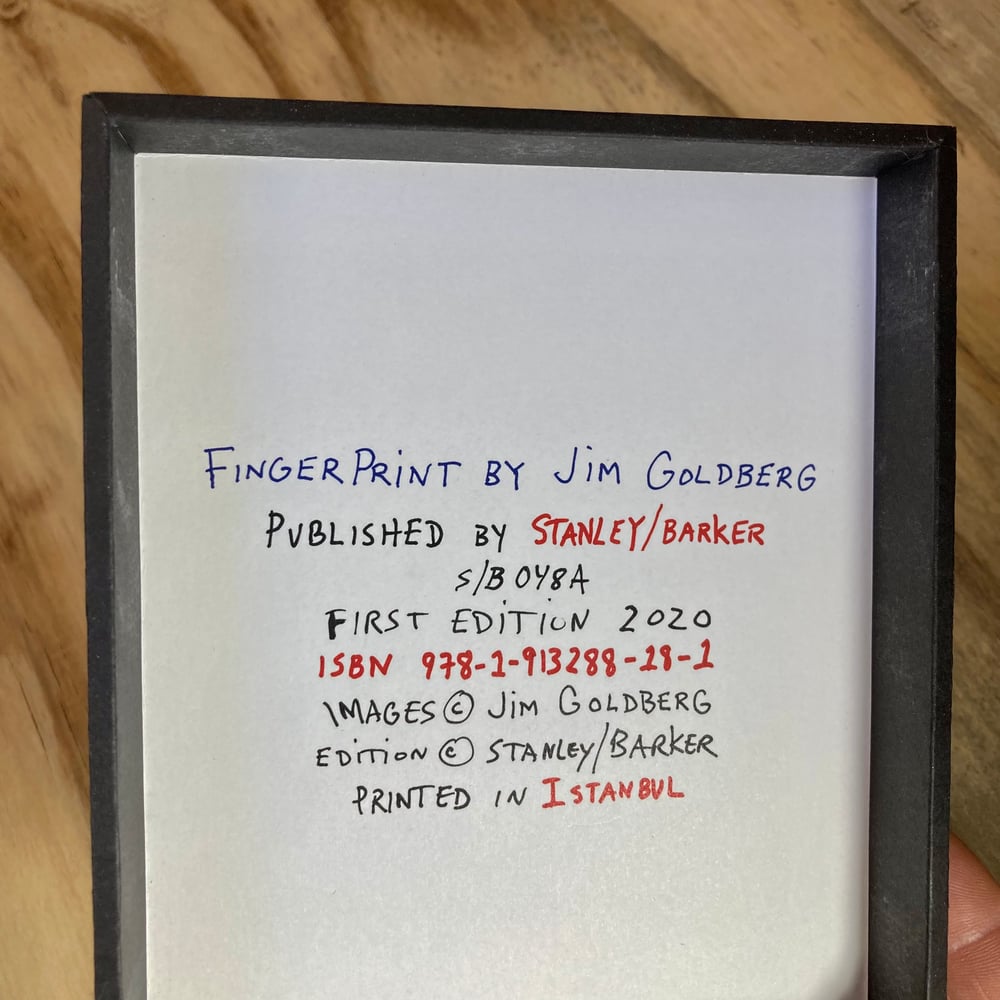 1st edition (second printing) of this soon to be classic - grab one before it’s too late!

After It’s first printing sold out in just five days, we are happy to announce that a second printing of the first edition is now available.

Often considered Jim Goldberg’s seminal body of work, Raised By Wolves collages ten years of photographs, texts, films and installations into an epic narrative of the lives of runaway teenagers in San Francisco and Los Angeles in the late 1980s and early 1990s.

In FINGERPRINT, Goldberg exhibits many never-before-seen Polaroids from the project, which served as drafts for photographs he would later make, as well as gifts for the subjects themselves. The images are sometimes scrawled with text proclaiming the identities, challenges, and resilience of the teens, and other times capture a quiet reality of life on the street.

Encased in a box set, the 45 loose leaf facsimile Polaroids create a freshly intimate and fragmented account of this classic body of work.