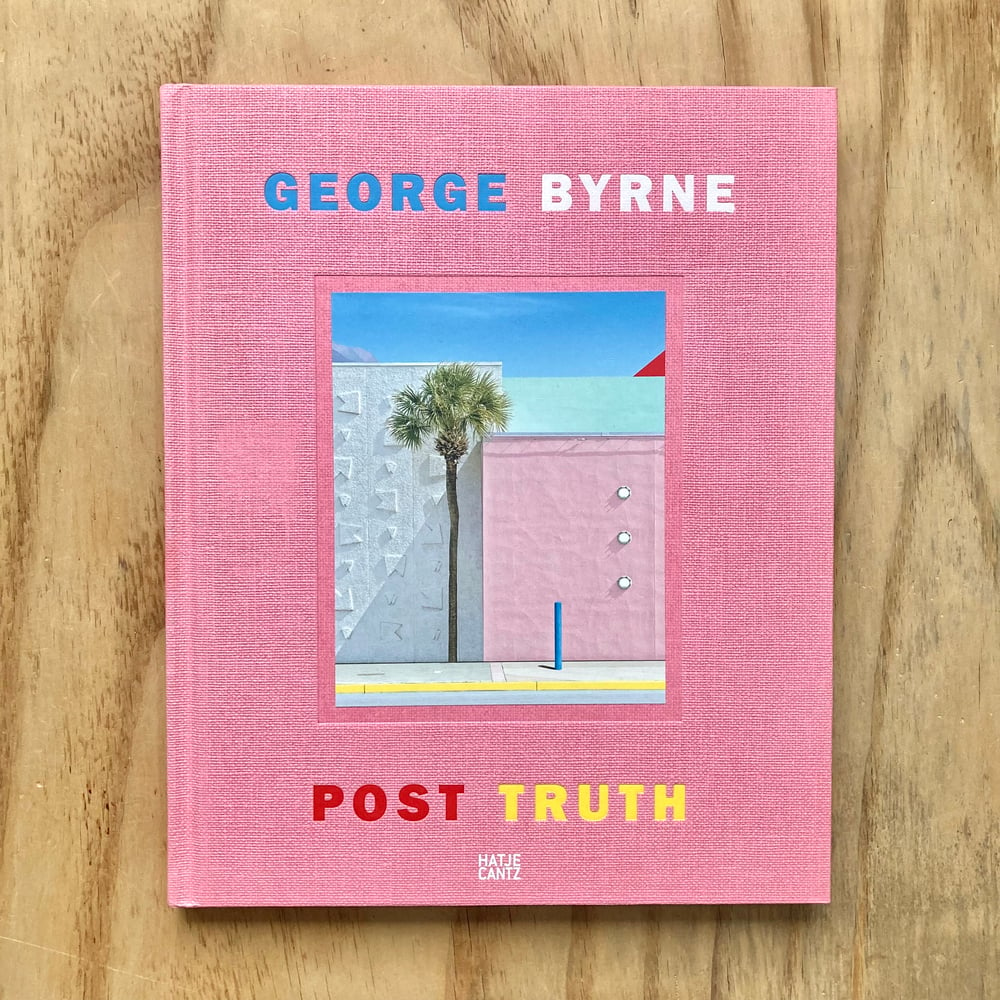 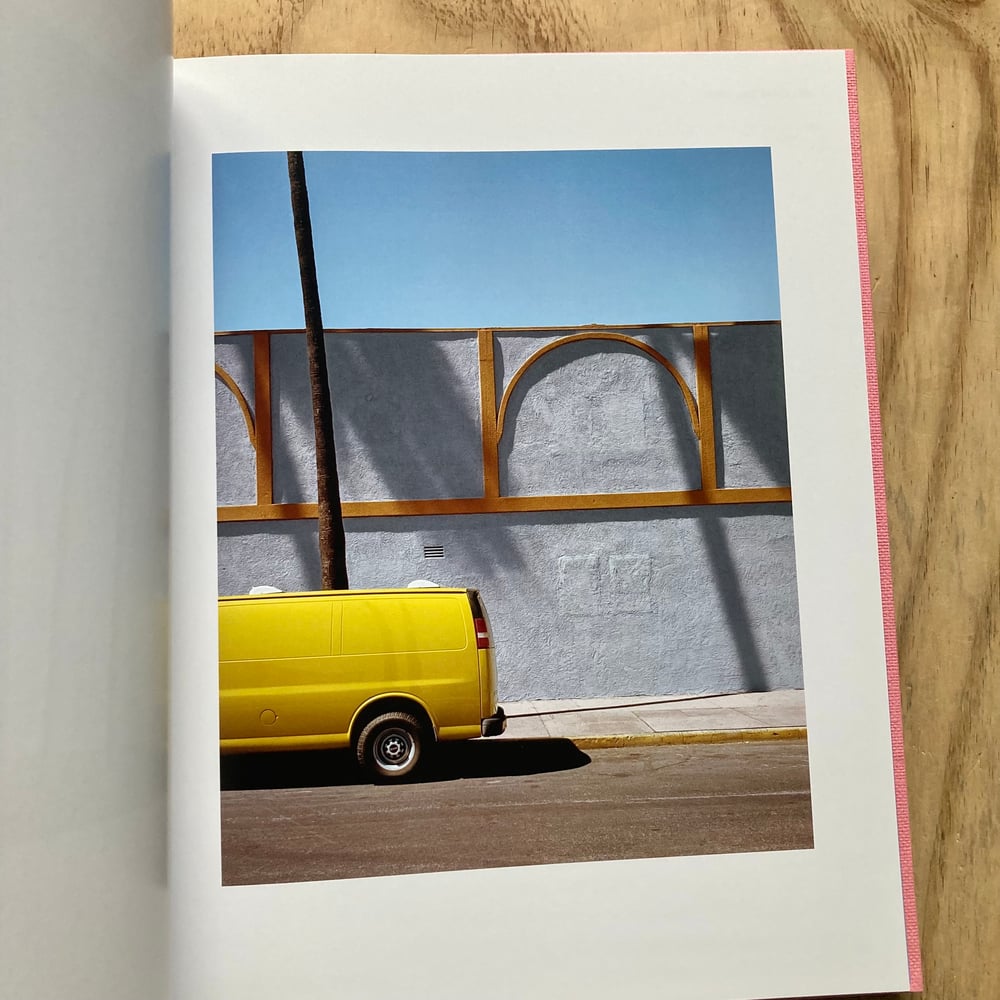 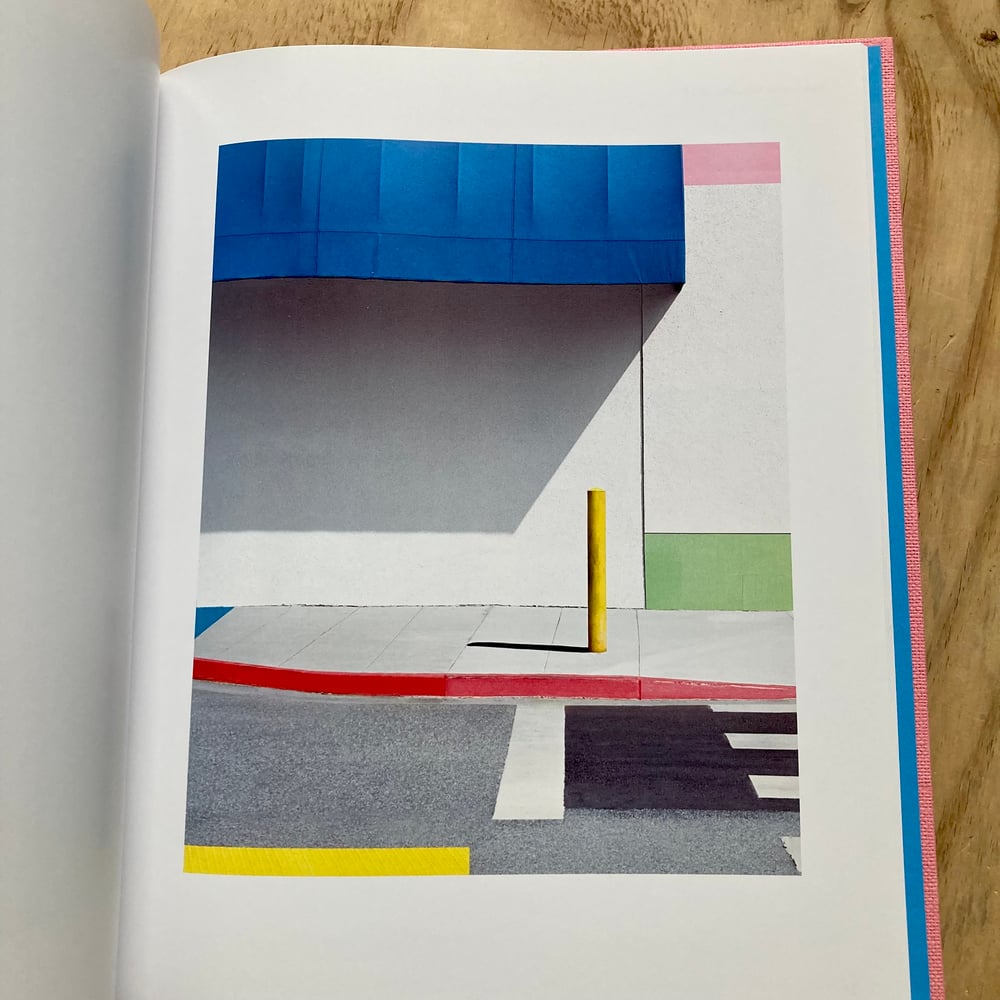 Turning what architect Rem Koolhaas famously referred to as “junkspace”, the spatial flotsam of the Anthropocene, into candy-coloured dreamscapes, George Byrne depicts the gritty urbanism of Los Angeles in sublime otherworldliness. Arriving a decade ago, the Australian artist was immediately enthralled by the sprawling cityscape, mesmerized by the way the sunlight transformed it into two-dimensional, almost painterly abstractions, underpinned by a distinctive pastel color palette. Extending his practice beyond the confines of the lens by extracting elements from various images, his series Post Truth dwells in the liminal space between real and imagined. Reassembling the urban landscape into striking, ascetic collages of color and geometric fragments, Byrne creates postmodernist oases in the metropolis that masterfully harness the malleability of the photographic medium. Byrne’s compositions evoke associations with Miami Beach’s Art Deco, the Memphis Group’s designs, as well as the work of David Hockney or Ed Ruscha, and at the same time tap into the specific aesthetics of today’s visual culture played out on Instagram. They are filled with a sense of suspended reality―and never fail to convey a feeling of joy.