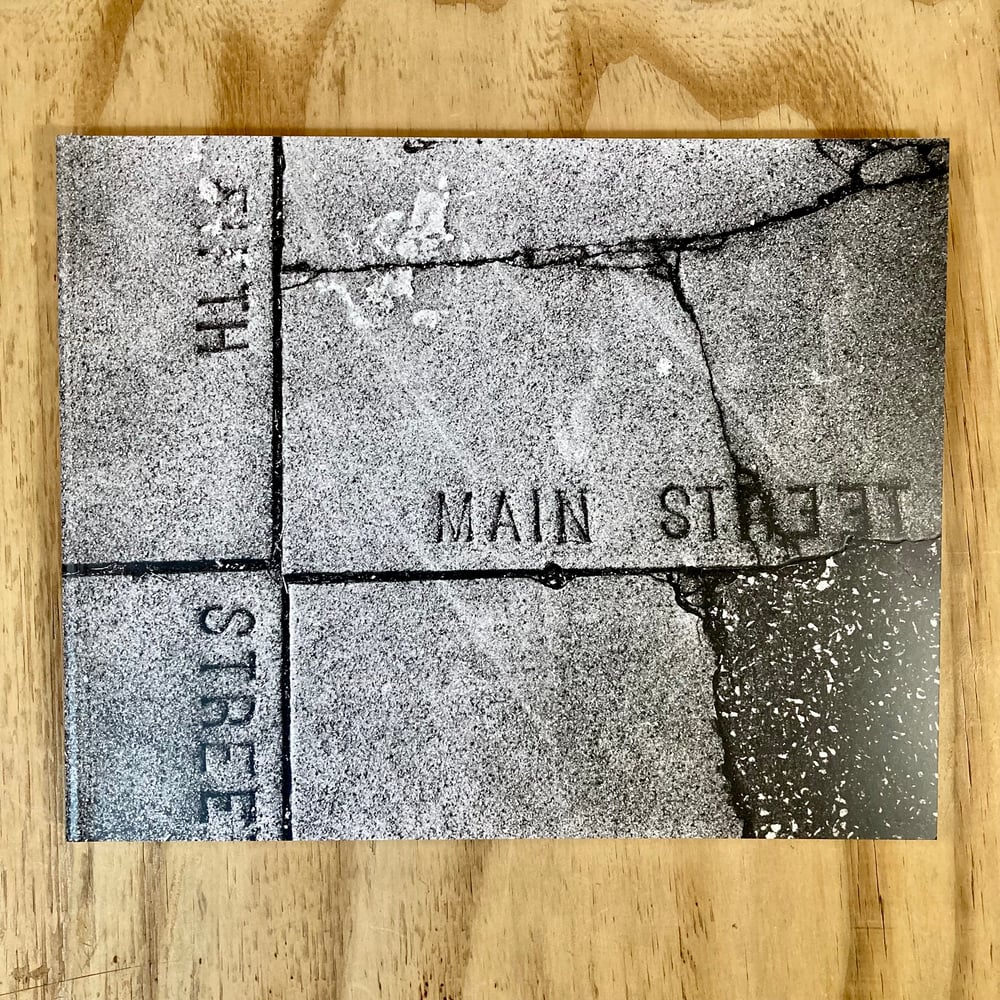 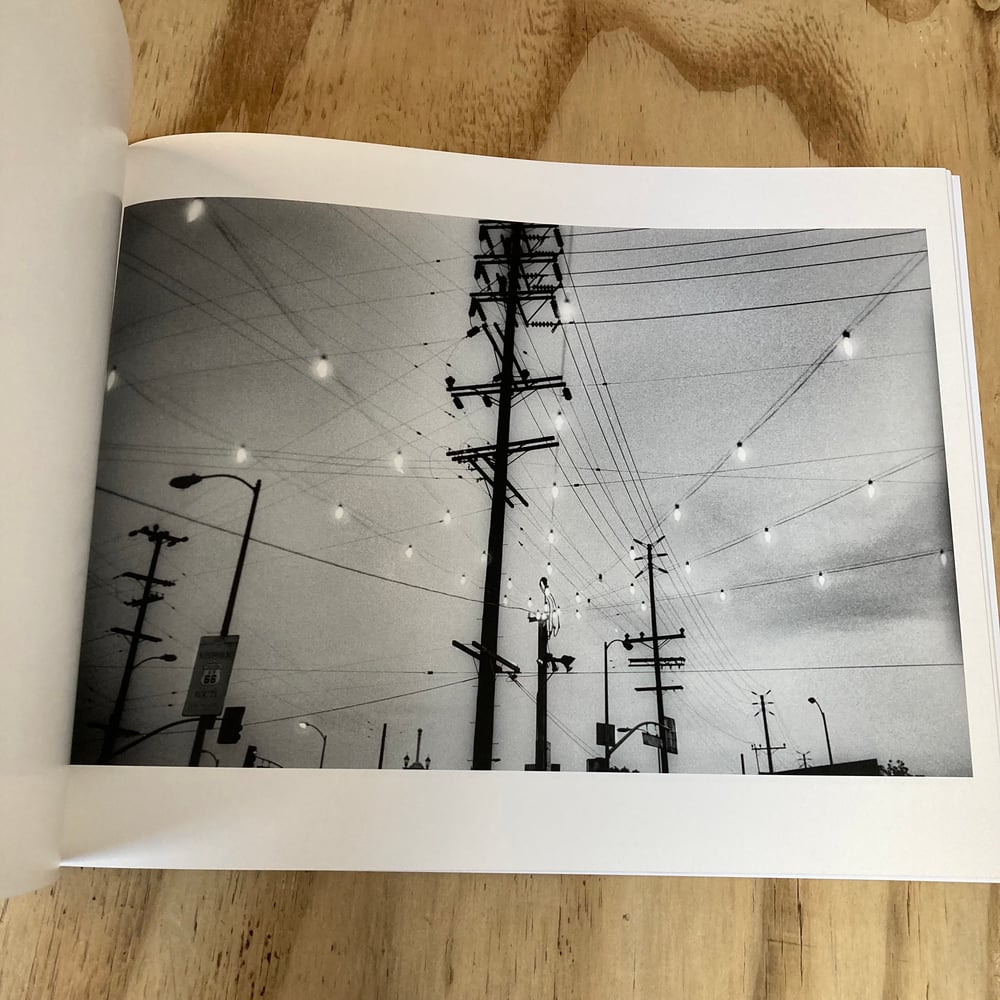 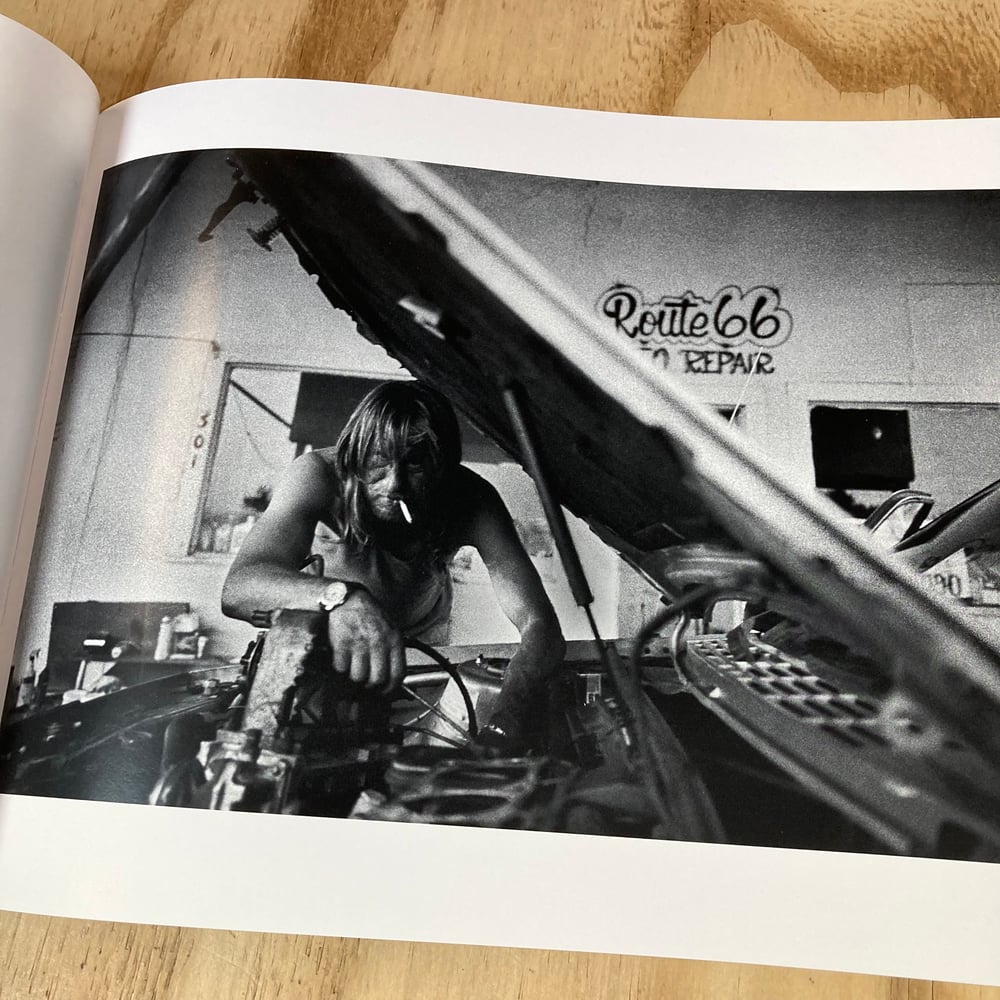 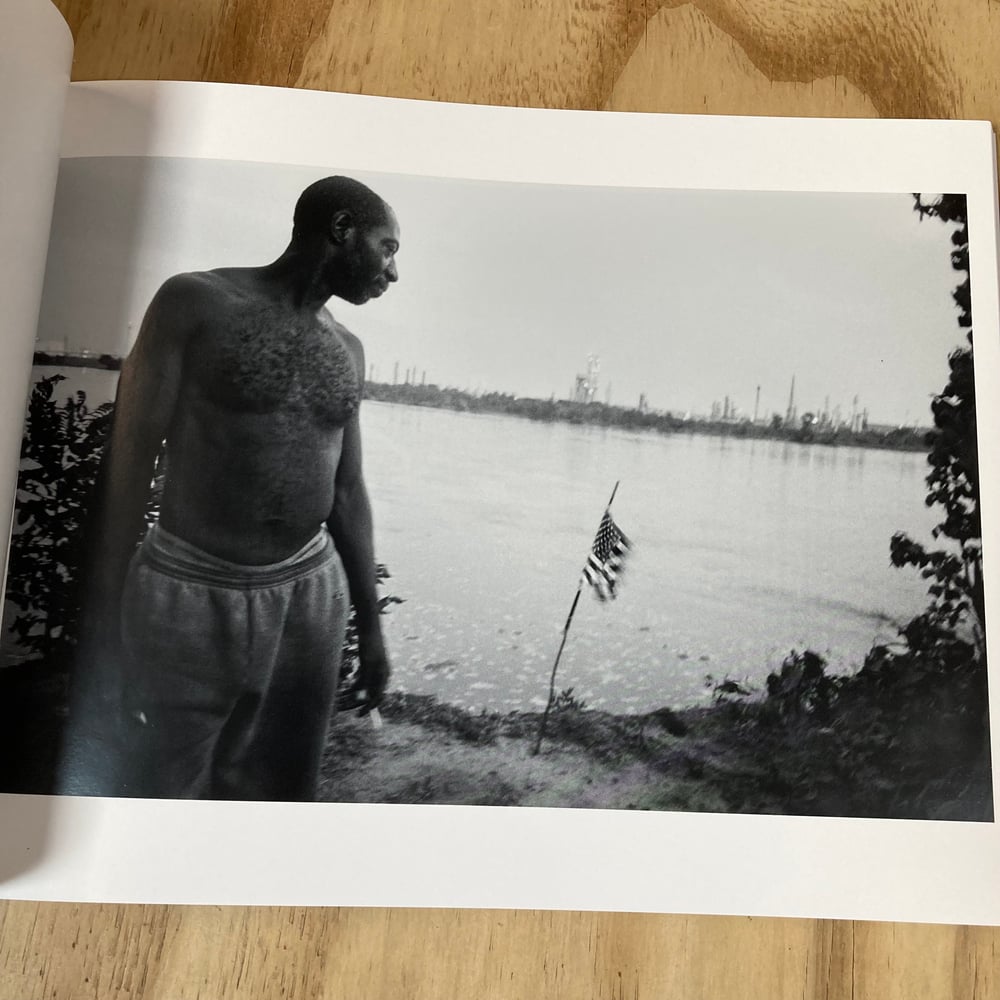 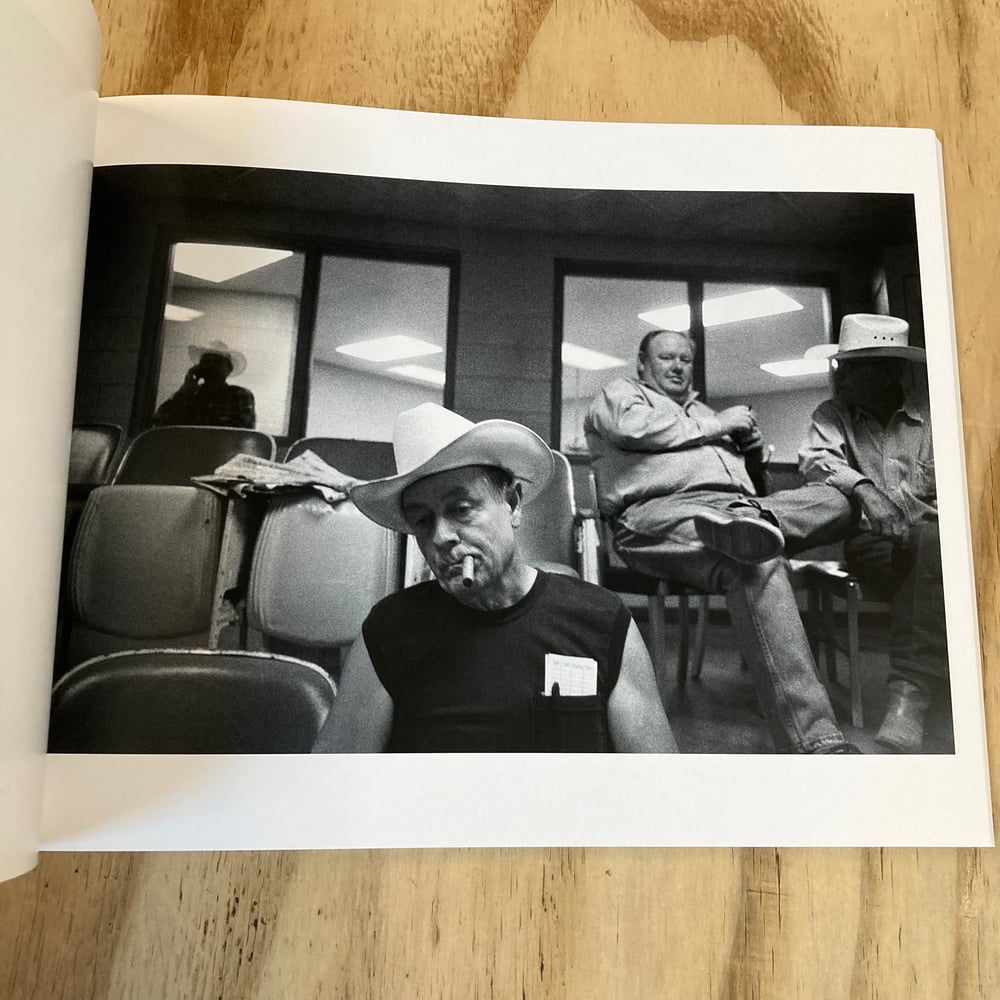 “Strung out in a twelve dollar room in Flagstaff, Arizona along Route 66. Another hard night of drinking. Another blackout. Mattress on the floor. No sheets. An empty bottle of Old Grand Dad whiskey. I stagger out onto the hot blacktop of America’s Main Street and no car. I had lost my car.” So begins Blacktop Blues, Edward Keating’s personal essay on the demise of Route 66, John Steinbeck’s “road of flight” west that accompanies the select 83 photographs from 2000 to 2011 in Main Street. The Lost Dream of Route 66. Once the only direct road to California, a modern highway system built in the 50’s rerouted traffic shutting off its lifeblood and sending thousands of shops and motels into bankruptcy over the next 50 years. The national economy had changed too. Jobs dried up while others went south of the border. Western bound job seekers bumped shoulders with Mexican immigrants heading east looking for the same. As a boy Keating heard his mother tell stories of growing up in St. Louis near Route 66, tales of her trips to California; stories of her father selling the first Model A’s in St. Louis in the teens and twenties. So it was probably fate that lead Keating to the brink on the road that no longer held the nation’s promise. Some made it across while others got stuck to the side of the road. Keating made it across. This book is about the many who didn’t and settled wherever their bones and their broken cars dropped them.